Is a laser pointer a suitable toy for a cat?

It’s hard to imagine that the laser pointer was not invented with cats in mind. I mean nobody is going to pay any more attention in a boring meeting just because the speaker uses a laser pointer. But if you have one of those things in the presence of a cat, then their eyes light up with it.

Table of Contents hide
1 Eat, sleep repeat?
2 Eat, sleep chase repeat
3 Why cats love to play
4 Are cats socially challenged?
5 Something to get their claws into
6 Play nice
7 Types of toys for cats
8 What if your cat prefers the laser?
9 Final precautions to think about
10 Conclusion

It seems that famous characters such as Garfield have lead us wrong. Now we believe that cats only need food and a place to sleep and they’re happy, right? Wrong. There’s a reason why garfield is still animated in his own movie.

If we saw the real-life version of this character. You would see a very depressed and unhealthy looking cat. Now imagine if his owner were to cut off his supply of potato chips and lasagna. He’d be reverting to his natural hunting instincts in no time at all. 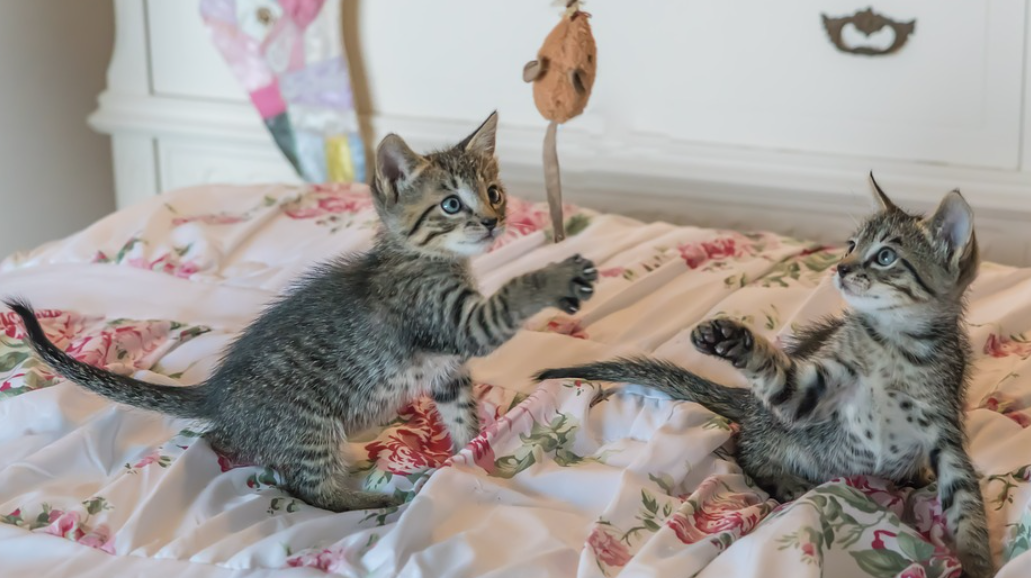 Cats are very vibrant creatures with lightning reflexes. these need fine-tuning once in a while. But don’t try strapping a leash on your kitty to take them for a stroll in the park. You’ll get more than a few dirty looks and not just from your cat.

So how can your purry pal ever hope to get some exercise when you live on 19th floor of an apartment complex? Enter the laser pointer. We all know how much fun a laser beam can be for a cat to chase and for us to watch. But overall are these a healthy choice for your pet? Let’s discover some of the finer details when it comes to the infamous laser pointer. 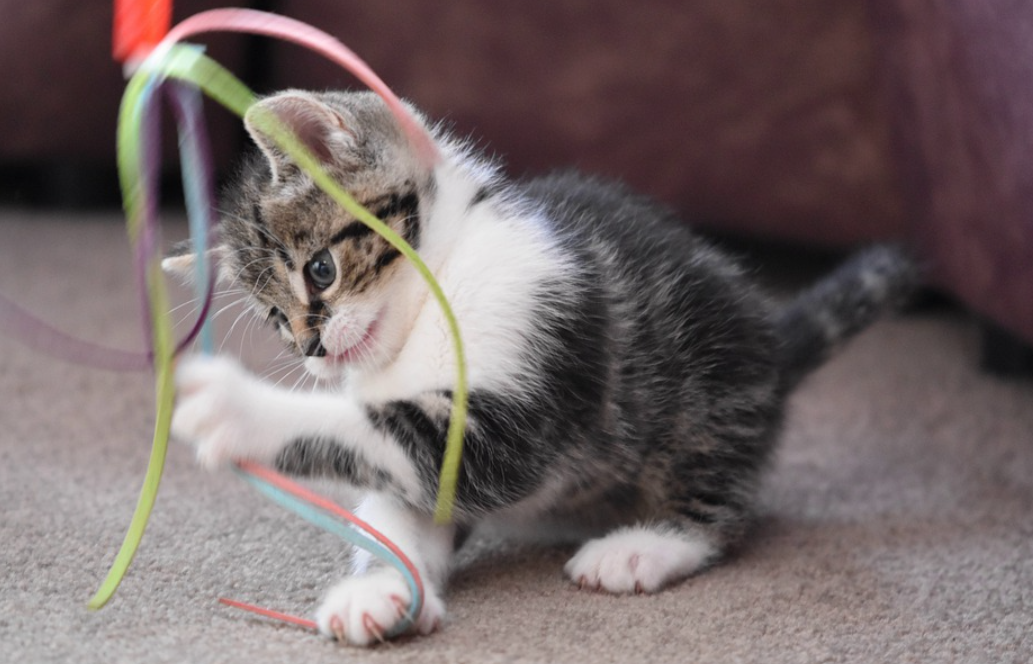 Why cats love to play

One of the many reasons we love cats so much is because they love to play. We find ourselves enthralled by their natural hunting skills. They take the time to practice these almost from the moment that they first open their eyes. From then on they train these skills.

But there is no prey to stalk when you keep them in your apartment all day and feed them canned foods. But even so, you can take a cat out of the wild, but you can’t take the wild out of a cat. Your kitty will still find ways to sharpen their predatory skills. That could mean creeping around your house like a ninja or chasing something as simple as a laser beam.

Playing can have more benefits for your cat than just exercise. It’s also a method of bonding. But there seems to be a stigma out there that cats are independent loners who have no social skills.

While cats do not require as much attention as dogs would, this doesn’t mean they have no social skills. Instead, they choose to practice differently. For example, their playful scratching and biting is a way for them to bond with you.

So don’t assume your cat is better off on their own, they need attention like all living things do.

But there are some cats out there who prefer to play rough. So there could be times that play sessions get a bit bloody. If that happens, then why not try whipping out that red dot light for your cat to attack. 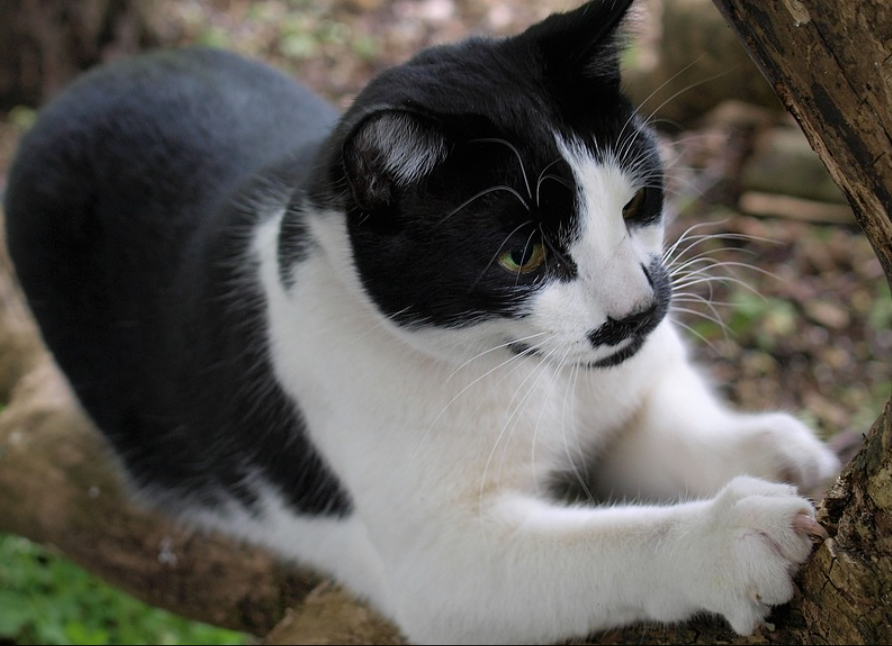 Something to get their claws into

Remember the first time you lit up that laser in front of your cat? Could you help laughing as they exploded into action.

But seriously though, think about what’s happening there. Your cat is not scampering around after the red dot for your own entertainment are they? Of course not, they’ve got a desire they’re chasing, just like we have. For example, imagine chasing a job or a house or something you wanted for so long without ever getting any of them.

How would that make you feel, pretty frustrated right? Well, cats are no different, they need something to get their claws into. If not, they might find something else. This could be the couch or the curtains or even other pets in the house. So before buying a laser pointer.

Consider how you might reward your cat after a rigorous chase throughout the house.

If you’re going to play this game, then remember to play nice and don’t go for the eyes. Always keep the beam pointed at the wall or the floor. Never point it at the cats face or else you might get it in their eyes. Have you ever looked directly at the sun? If you have, then you might have an idea of how dangerous a strong light can be for all eyes in general.

It can damage the retina, and if that happens then your cat might give you a strange look the next time you want to play. 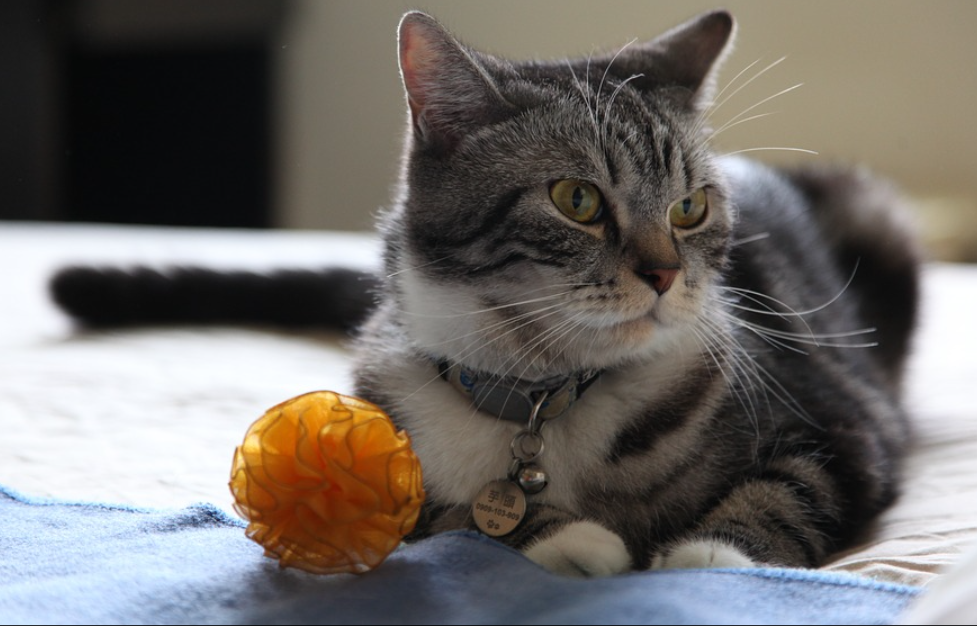 Types of toys for cats

So now we have educated you on the risks of the infamous laser pointer. So now you might be thinking twice about picking one up. In that case, let’s talk about the types of toys which are designed to accommodate their instincts. Do you want to let your cat feel like they are the king of the jungle? Then how about getting a toy that resembles a small animal such as a mouse or a bird.

But don’t just dangle the toy in front of their face, give them the thrill of the chase. Attach it to a piece of string and drag it across the floor for your kitty to scarper after. But all too often, cats know what you’re up to and they’ll give you an unamused look as if to call us a “petty hooman”. Well, then it’s time to try something else. How about a wand toy with feathery or furry ends.

Your kitty could try to climb up and claw at it instead of trying to claw at the curtains all the time. But whatever toy you get, try not to think about the price too much. It’s true that cats have a reputation for being haughty, but they won’t love you any more if you go buy them a designer toy.

The only other piece of advice you need to know about these toys is the most important. Once in a while, let the cat catch the mouse or bird. Let them satisfy their hunting instincts. This should not be like an episode of tom and jerry.

What if your cat prefers the laser?

So now we’ve given you a better idea of how to grow a healthy and playful relationship with your cat. But what if it seems your kitty has little to no interest in chasing cuddly soft toys. You look back at the laser and remember how stimulated they seemed to be while chasing the red dot. And that is true, chasing a laser dot can help mentally stimulate your fluffy friend.

This helps to prevent any neurological disorders. But if you still find yourself itching to pick up that laser pointer again, consider this. Try combining both of these toys. This will give your cat a better chance of catching something at the end of the play session.

Make small zig-zag across the floor to make them believe they are chasing a real rodent. Then when they do slap a paw on that toy, try giving them a treat or a rub. Positive reinforcement like this is helpful to your cat. It will sharpen their skills in case there are ever any real vermin intruders.

Final precautions to think about

If you plan on getting any action out of your cat after mealtime, forget about it. You’ll be waving that laser at them while they are trying to clean themselves or while they take a nap. Be warned. This will only frustrate them more than ever.

Last but not least, remember that cats can get pretty excited during these play sessions. So don’t play for too long with an older cat as there is more of a chance they could injure themselves. Always try to remember that you’re responsible for your cat’s welfare. So know when to stop. Because most cats won’t even know when they have over-stimulated themselves.

All in all the laser pointer is not an unsuitable toy for a cat. It is not suited to their biology and instincts. But it is still a toy that can provide a cat with plenty of stimulation. This is all to give your cat a happier and healthier life.