Different Guinea Pig Sounds and What They Mean

Just like other animals, the cute and fluffy guinea pigs make several kinds of sounds to communicate.

Get acquainted with their language so you can understand your cavies better!

Guinea pigs love to socialize and make some noise! 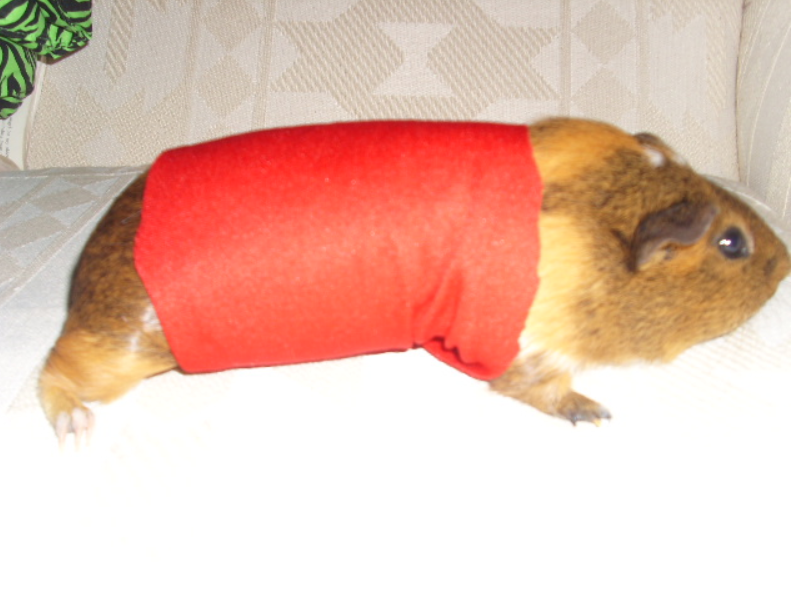 They talk to themselves, their fellow cavies, and human beings, and they have a wide range of sounds to do just that.

Every guinea pig has its own actual sound quality, depending on its size and breed.

Here are the different sounds they make and what they mean.

What Sounds Do They Make, and What Do They Mean?

It’s often high-pitched and means, “Mom, Dad, I’m hungry!” When you approach it with its favorite munchies, it “wheeks” excitedly.

Guinea pigs only learned to make this sound as they were being domesticated.

They only make this sound to communicate with their humans.

A guinea pig’s purr is deep, low, and constant, like that of a cat, though it sounds more like a combination of a cat’s purr and a frog’s “ribbit.”

You’ll most likely hear this when your pet or stroke your cavy.

It’s a sign of contentment; your guinea pig simply lets you know all is well in their world. 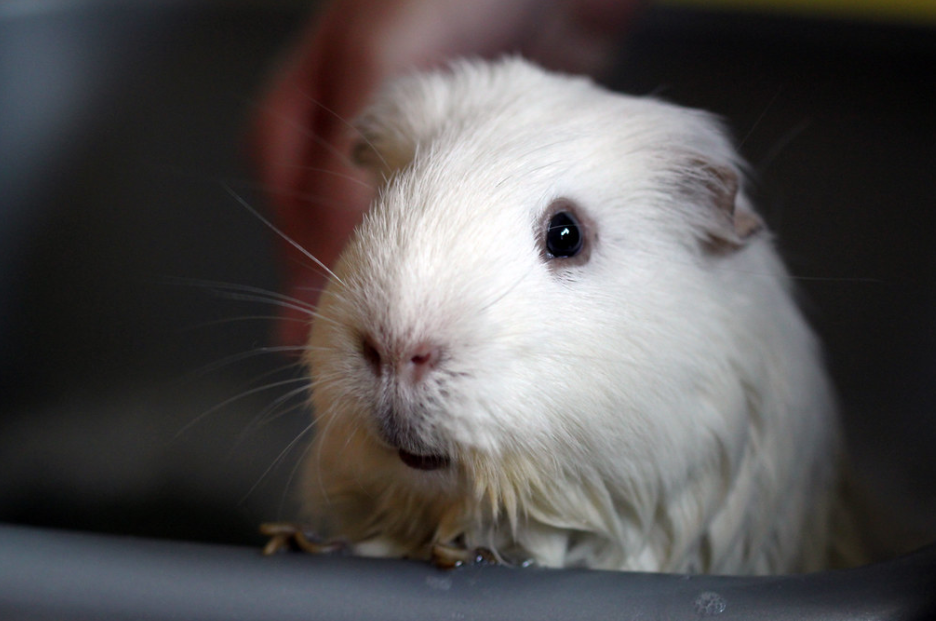 This purr is a sound only guinea pigs can make, thanks to their throats’ structures. Other animals can’t produce it.

Cooing is usually associated with birds, but guinea pigs do it, too! You’ll hear a mother guinea pig coo at her babies.

Your cavy will also coo at you as a sign of endearment. A cooing guinea pig is a happy guinea pig.

Like purring, “chutting” over and over again also means your guinea pig is happy.

Sometimes, their purrs and “chuts” happen simultaneously; other times, the purrs are interspersed with “chuts” or vice versa.

Guinea pigs need to feel comfortable and safe in their home before you could hear them “chut,” though.

Also, not all guinea pigs make this sound.

It’s a mating call! It’s very similar to purring, but it’s in a much lower pitch and has a vibrato effect.

A male guinea pig will usually walk around with a slight swagger and make this sound, as if telling his crush, “Hey there, beautiful” (wink).

A female cavy “rumbles,” too, to tell the male that she’s ready to mate.

That might not sound so threatening coming from such an adorable little critter, but when your guinea pig growls, keep your fingers off it! 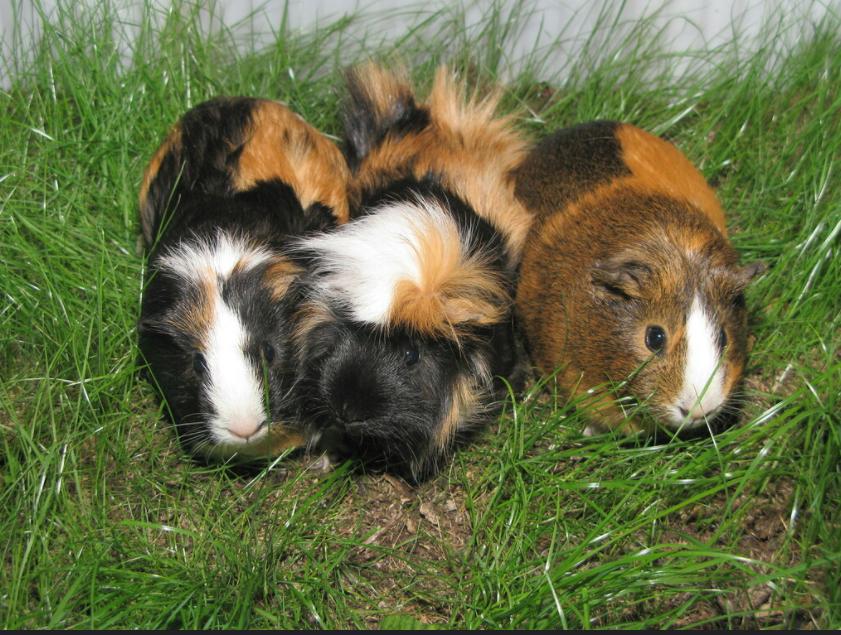 In the wild, cavies growl in response to predators or other signs of danger.

At home, it might be due to changes in their diet or environment—guinea pigs are typically resistant to change.

When your guinea pig squeals, it feels hurt or threatened. You’ll most likely hear it when your cavy’s ill, other guinea pigs are fighting, or if someone has died. 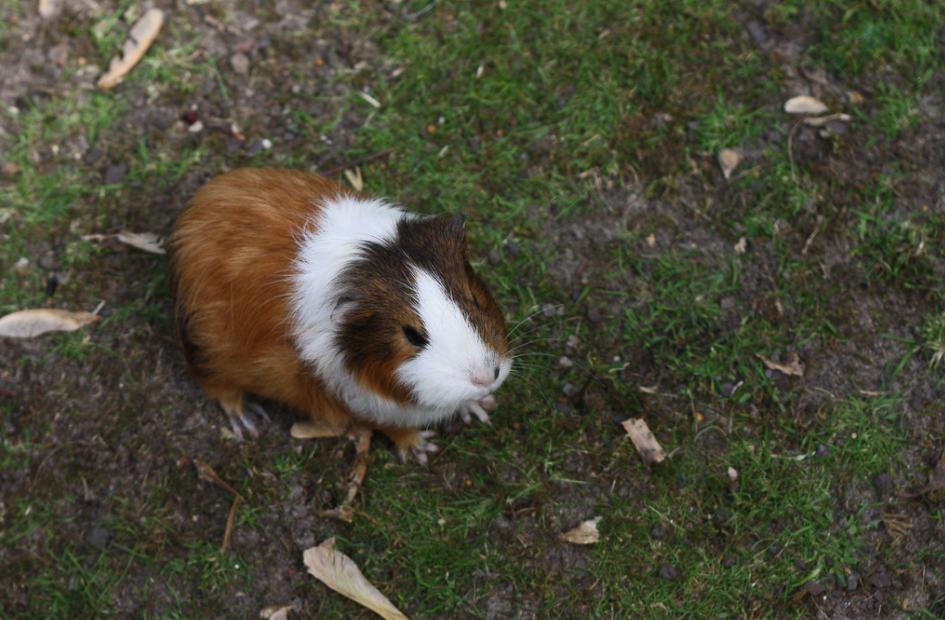 Your guinea pig might also squeal on your way to the vet. They’re not used to the new environment or the new people they meet.

Regularly visiting the vet will help ease your cavy’s anxiety.

It sounds like rapid squeaks with teeth grinding or gnashing. Male guinea pigs make this sound in aggression.

You’ll often hear this before they fight. Usually associated with anger and dominance, teeth chattering means the cavy is marking its territory, especially when it lives with another guinea pig in one cage.

In that case, take the cavy out for some time before reintroducing it to the other.

It sounds like a high-pitched moan and means the guinea pig is unhappy and doesn’t like what you’re doing. 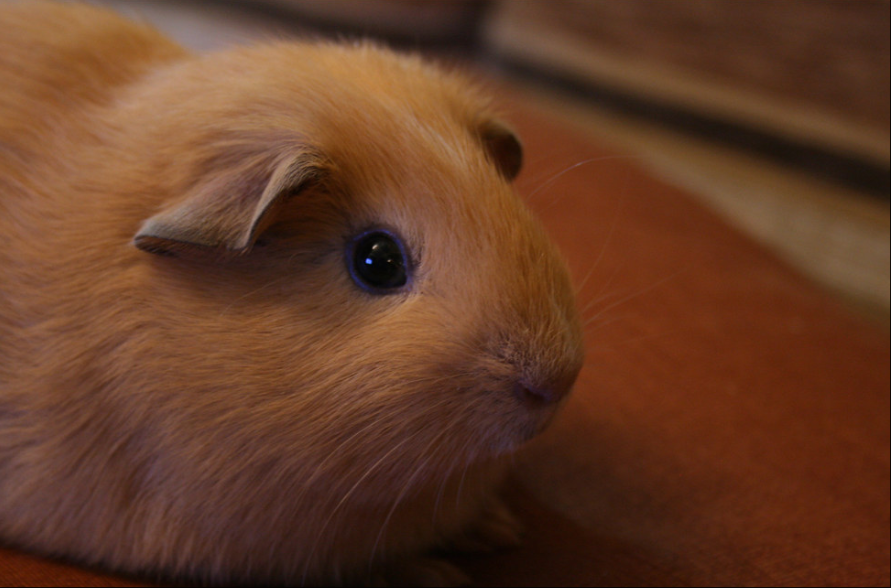 Maybe you’re holding it the wrong way, or you’ve interrupted it in the middle of deep sleep.

Guinea pigs are articulate, and understanding their sounds will help you establish a deeper bond with your pet cavy.