Are you curious to find out: can hamsters eat cantaloupe fruit?

Your little furry friend may be a voracious eater but tends to be picky on the foods he likes to eat. You have been experimenting with different fruits at a time, which ones can be regarded as acceptable or not.

Then you came upon this weird-looking round fruit, the cantaloupe. And this question immediately came to mind: can hamsters eat cantaloupe?

The answer is not a direct yes or no but depends on the hamster breed.

Before talking about the number of cantaloupes to give or which hamsters to feed it to, you have to know first some facts about this variety of melon that is the cantaloupe. 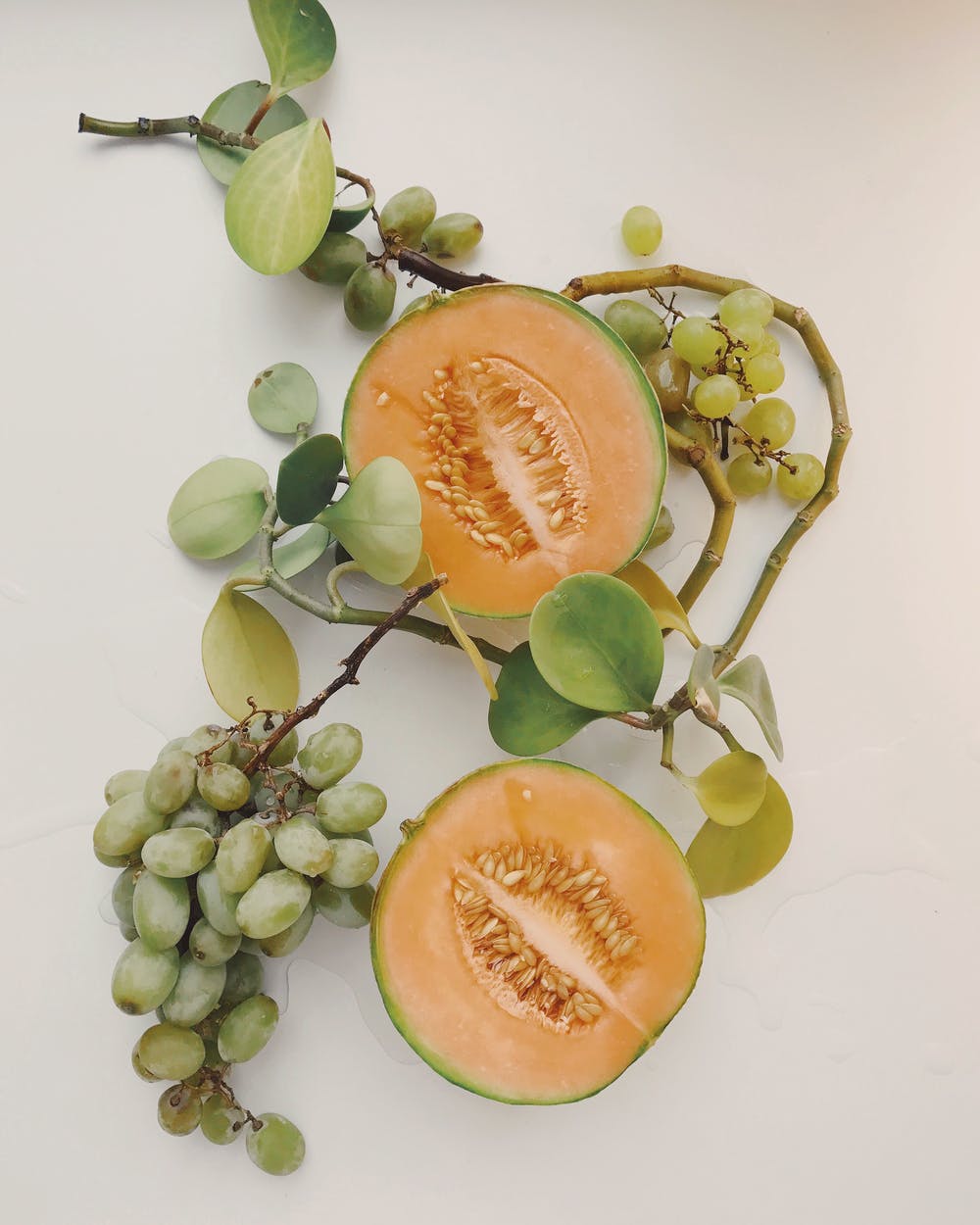 The cantaloupe fruit is part of the gourd family, including pumpkin, melon, watermelon, cucumber, and squash.

Cantaloupe was named after Cantalupo, an Italian town close to the Vatican. Cantaloupes were originated during the Renaissance period, wherein melon seeds were brought over from Armenia and planted in the pope’s garden.

Cantaloupes are often eaten fresh or included in a salad dish.

Picking a ripe cantaloupe is tricky because of the netting-like outer layer that hinders you from seeing the insides. If it feels heavy and smells sweet, then it is probably ripe.

Cantaloupe fruit is packed with nutrients that offer a range of health benefits. For one cup of sliced cantaloupe, there are:

Hamsters are nocturnal creatures, which means they sleep during the day and awake at night. Hamsters in the wild need good eyes to forage for something to eat in pitch darkness.

Vitamin A improves the eyesight of a hamster and makes night-foraging easier. Even though your pet hamster is now domesticated, it still needs vitamin A that cantaloupes fully provide.

At the same time, vitamin A can double as antioxidants that fight free radicals that attack your pet’s immune system. In this area, your hamster benefits from having cantaloupes in its dietary regimen.

Hamsters are prone to scurvy, which is a vitamin C deficiency. If you notice that your hamster has these symptoms like lethargy, bleeding gums, sensitive skin, etc., it may have scurvy.

Your pet hamster needs fiber in its diet, and the cantaloupe fruit contains that. Fiber relieves digestive system issues your pets may suffer, like diarrhea or constipation. 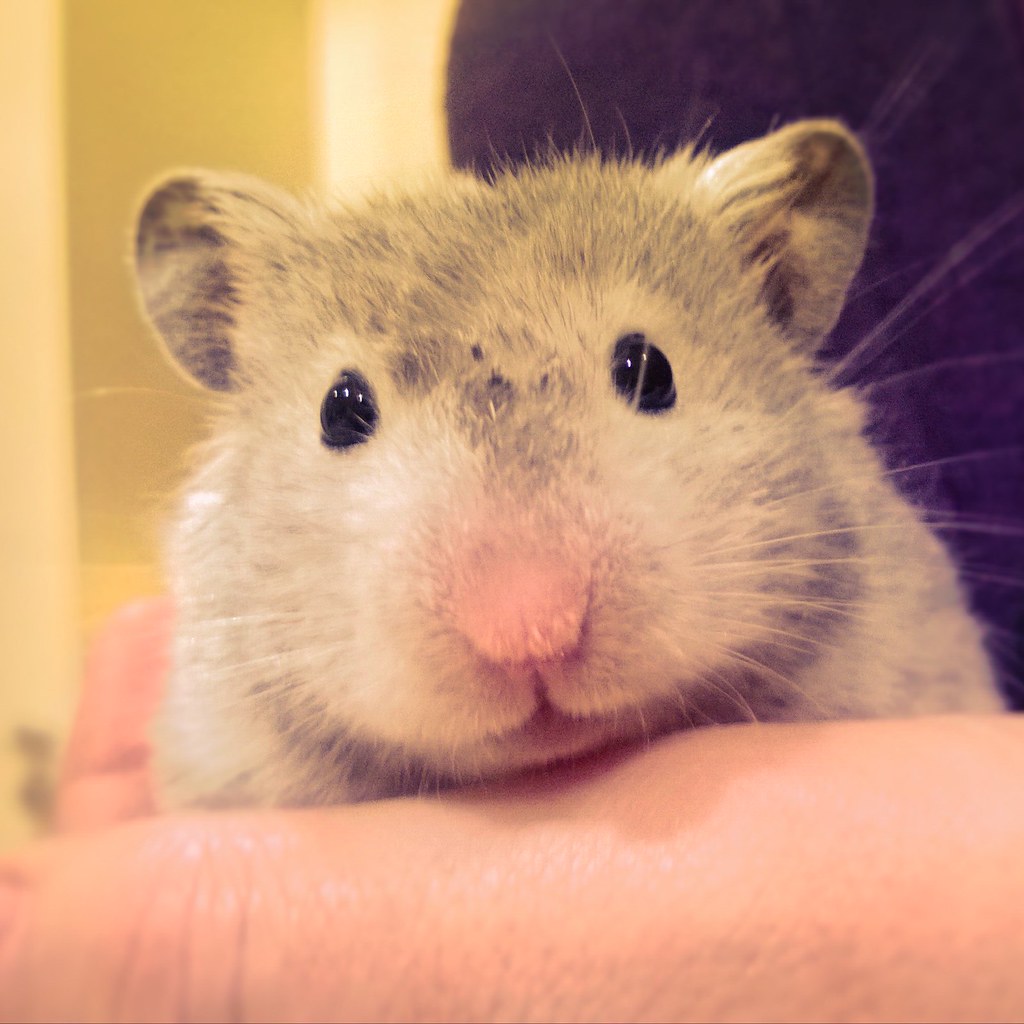 “Bubble the Syrian hamster” by Su–May is licensed with CC BY 2.0. To view a copy of this license, visit https://creativecommons.org/licenses/by/2.0/

Which breeds of hamsters can eat cantaloupe?

For Syrian and Roborovski hamsters, you have to feed your hamster cantaloupe slices in moderation since they can also get fat and have diabetes from this sugary fruit.

Can hamsters eat cantaloupe as a treat?

Experts and veterinarians often recommend feeding your hamster cantaloupes as an occasional treat. After all, these sugary treats are nutritious and tasty.

While some hamsters can eat this fruit – like Syrian and Roborovski hamsters – the sugar content is still high. Eating too much sugary delights can make the hamsters have diarrhea and may run the risk of having obesity and diabetes.

How much cantaloupe can hamsters eat?

The question of how much cantaloupe fruit you should feed hamsters depend mainly on the breed of hamster you have. Due to cantaloupe’s sugary and sweet nature (and if your hamsters are either Syrian or Roborovski), only give it in moderation to reduce the risk of complication.

But you may ask: what is a moderate quantity in feeding your hamster cantaloupe?

Baby hamsters should not be fed cantaloupes since their digestive systems are not yet developed to deal with cantaloupe’s high sugar content.

For adult hamsters, one teaspoon of cantaloupe bits two times a week or less is enough. Too much cantaloupe can still be a problem.

If your pet hamster is already used to fruits that contain high water content like watermelons, give it only half a teaspoon of cantaloupes to reduce the risk of severe ill effects. Then you have to check up on it throughout the day if there would be ill effects after eating it.

After twelve hours passes and your hamsters is still alright, then you can feed it the whole teaspoonful as a treat a few times a week. 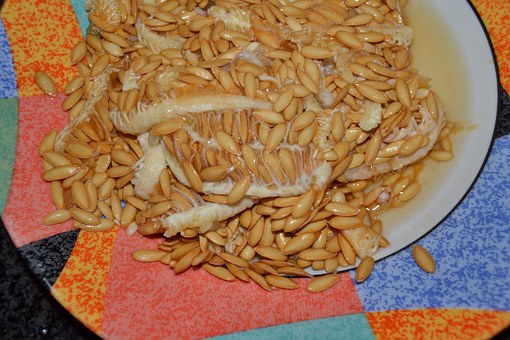 While cantaloupes are alright, cantaloupe seeds are not safe for your hamster, even as treats.

Cantaloupe seeds have cyanide, which is a poisonous substance that can instantly kill your hamster. Also, any kind of seeds is a potential choking hazard to hamsters’ delicate bodily makeup, so never feed your hamsters fruit seed of any kind.

Avoid feeding cantaloupe skin since it is unfit for hamsters to eat. The skin may contain chemicals from pesticides and bad bacteria that do not carry health benefits and instead will be detrimental to the health of your hamster.

Also, the cantaloupe skin is hard and causes constipation if your hamster eats it.

Is cantaloupe juice alright for hamsters?

Any kind of juice has lots of sugar, which is bad for hamsters. Water is the best liquid for hamsters to drink.

Ideal foods in the dietary regimen of your hamster

You might think hamsters are herbivores (plant-eaters). But, in fact, they are omnivores since hamsters love to eat both plant and animals substances.

After all, hamsters are still rodents and were domesticated fairly recently. For a time in the not-too-distant past, wild hamsters eat what plant-based food they can find in the wilderness, then also look for insects and mealworms to supplement them.

The best things in a hamster’s diet will mimic what it eats in the wild.

Hamsters are also hoarders and store extra chow they foraged in cheek pockets. This ability is important in the wild since it is a way to bring food to their burrows for later consumption.

Do not feed your hamster muesli mix since it might eat the sweeter fruity ones and leave the fibrous parts uneaten.

You can buy hamster pellets in your local grocery store in the pet food section or pet shops.

The good thing about pellets is that it provides all the essential nutrients your hamster needs in its little body.

Hamster pellets will look like bite-sized biscuits or cereal. These are better compared to seed mixes because it might pick and eat its favorite pieces instead of the entire mix.

These should be the majority of a hamster’s diet, and fruits and veggies are only to supplement the pellets.

Some pellets already include seed mixes, which are better and contain various grains, dried veggies, and seeds.

When feeding it to your hamster, be sure all the previous foods in the bowl were eaten before adding new ones. This way, your hamster will not eat its favorite bits only.

Along with cantaloupe, you can feed your hamsters various other fruits, veggies, and herbs. These will follow the same procedure mentioned earlier about the number of cantaloupes a typical hamster can eat (one teaspoon of cantaloupe bits two times a week or less).

These should comprise about ten percent of your hamster’s intake only. Do not give it store-bought treats like honey sticks or yogurt drops since they have too much sugar.

Other hamster breeds aside from Syrian and Roborovski hamsters (Russian Campbell, Chinese, or Winter White) should not be fed fruit with too much sugar. It is because these breeds are prone to be diabetic.

For all breeds of hamsters, there are different foods that are safe to eat, but only in strict moderation:

Have you thought about buying hay for hamsters? Selecting the ideal food for your pet apparently requires hay in their diet!

Even though hamsters are not herbivores, they still need hay to supplement their diet. The best hay to provide is Timothy hay, which has a high fiber content and can aid in digestion.

Your hamster needs water at all times. It should be clean and fresh in a water bottle or water bowl.

Stuff to gnaw and chew

A typical hamster’s teeth are constantly growing, so it needs something to gnaw on to wear them down.

Here are things you can give to chew on:

Here are foods, due to one thing or another, should not feed to hamsters: 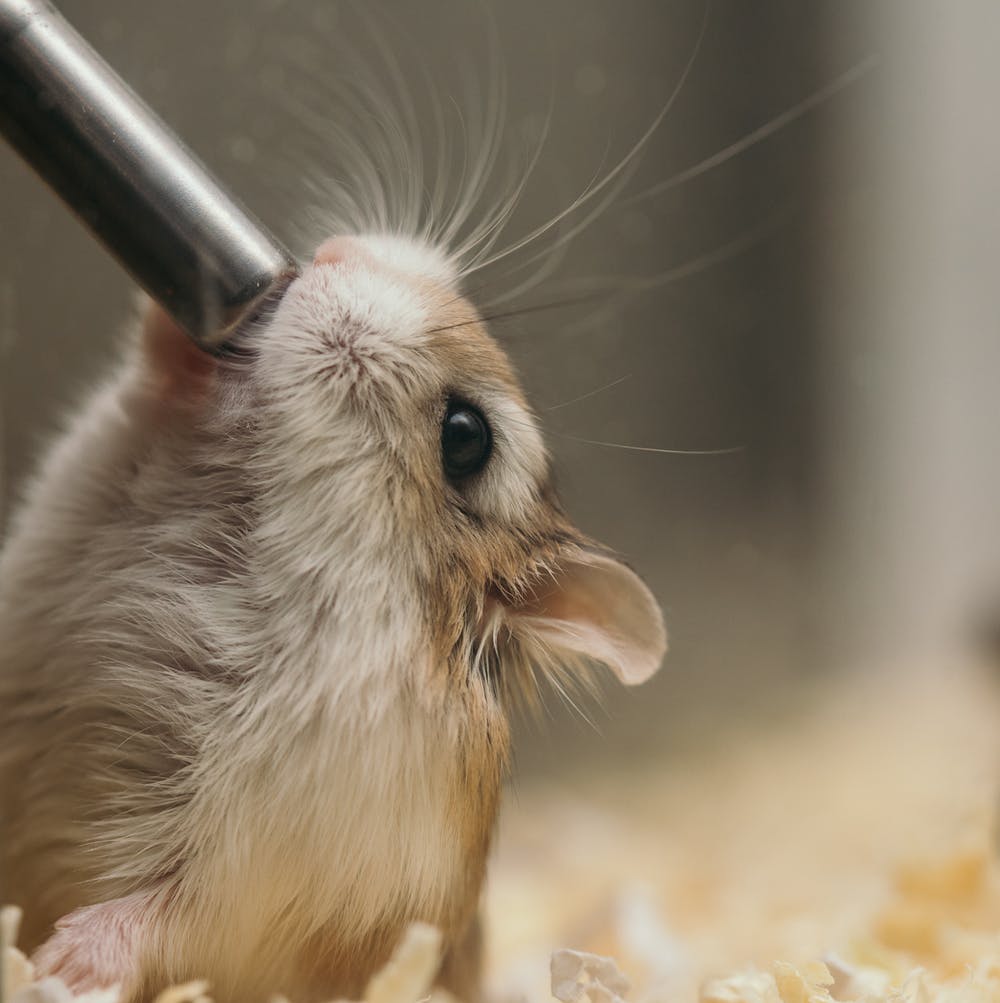 Now you know all about cantaloupes and which part to let your hamster eat.

You, as a pet owner, should make your hamster’s food intake the top priority. It is important to study everything to know about your hamster’s diet since the kind of foods it eats is crucial in how healthy and long it will live.